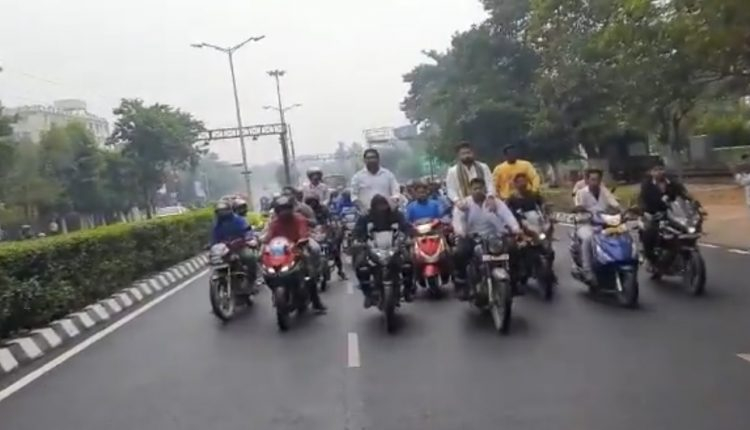 Odisha’s ruling Biju Janata Dal today hit the roads in Capital Bhubaneswar to protest hike in essential commodities such as LPG, Petrol, Diesel and food items. Thousands of BJD workers along with Biju Chatra Janata Dal, Biju Juba Janata Dal and Biju Mahila Janata Dal leaders organized a bike rally in the capital. BJD is demanding the center to take immediate action to ease the prices of essential commodities. It is also protesting against the step motherly attitude of the Center towards Odisha in many issues.

The leaders and workers were seen chanting slogans against the Center as it failed to recognize the Paika Rebellion as the 1st War of Independence of the country. The protestors also raised the issue of demand for hike in coal royalty, lifting of rice by FCI from Odisha and many other issues.