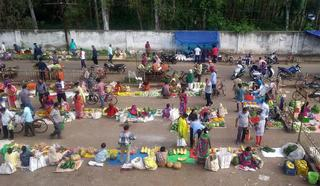 The last two decades have been a watershed in tribal empowerment in Odisha thanks to the Naveen Patnaik government’s inclusive policy and increased investment in flagship programmes to address issues of development.

Empowerment is a multidimensional social process aimed at increasing the spiritual, political, social and economic strength of individuals as well as communities and also enabling individuals to develop confidence in their own capacities and act on their priorities. The current perspectives of tribal development under the Naveen Patnaik government underline empowerment as a key strategy to achieve holistic and inclusive development.

Odisha has the third highest tribal population in India with 62 Scheduled Tribe (S.T.) communities, including 13 designated Particularly Vulnerable Tribal Groups (PVTGs) that are predominantly rural, with about 95 per cent of them residing in villages. The Scheduled Areas of Odisha comprise 13 districts and 119 Tribal Sub-Plan (TSP) blocks inhabited by about 55 per cent of the total tribal population. The tribal communities constitute the lower strata of the informal economy and are at various stages of empowerment and development.

The last two decades have been a watershed in tribal empowerment in Odisha because of the changing political scenario, inclusive pro-tribals policy and increased investment in the State government’s flagship programmes to address issues of development.

Faced with challenges on account of relative exclusion, a steadily depleting livelihood base, illiteracy, poor access to rights and entitlements, and living in a subsistence economy, the tribal community has remained vulnerable to exploitation, distress migration and debt traps. Over the last two decades, the government of Odisha has championed several inclusive, holistic, participatory, community-driven, gender- and culture-sensitive empowerment and development initiatives.