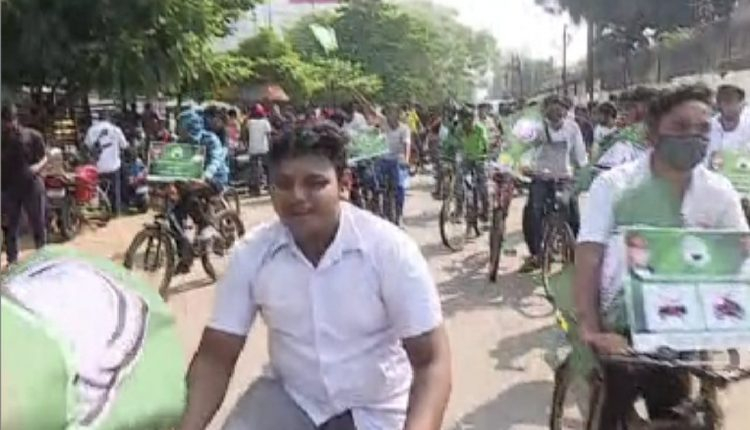 The members of Biju Chhatra Janata Dal, the students wing of the party, took out a cycle rally as a mark of protest.
The BJD has submitted a memorandum to the Governor addressing the President of India.

The Odisha’s ruling party also announced that it would hold massive protests in all Assembly constituencies in the State from November 1 highlighting Centre’s failure in controlling fuel price.