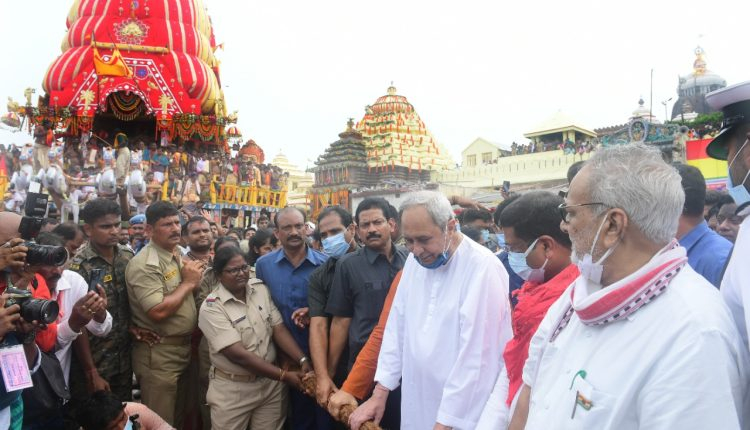 The Chief Minister, who returned from the foreign tour last night, had darshan of the deities on the chariots and prayed for the well-being of the people of the State.

The Chief Minister has also reviewed the progress of the Srimandir Heritage Corridor Project, the ambitious project which aims to transform Puri into a World Heritage City.

With the blessings of Lord Jagannath, the Srimandir Heritage Corridor Project is going on as per the schedule. It will give a special feeling to the countless devotees coming to Puri for the darshan of the Trinity in the future, the CM said.