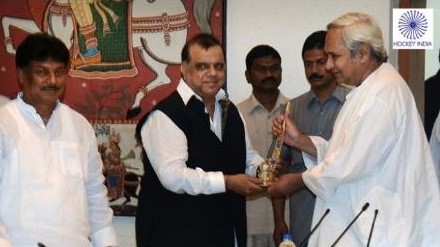 The International Hockey Federation (FIH) and Government of Odisha have on Monday officially confirmed that the Men’s Hockey World League Final 2017 and Hockey Men’s World Cup 2018 will be held at Kalinga Stadium here.Chief Minister  Shri Naveen Patnaik, expressed that the global events will not only enthral hockey fans in the State but also help promote the sport among the younger generation. “It brings me immense pride to announce that the Government of Odisha will be hosting the prestigious Odisha Men’s Hockey World League Final Bhubaneswar 2017 as well as the Odisha Hockey Men’s World Cup Bhubaneswar 2018.