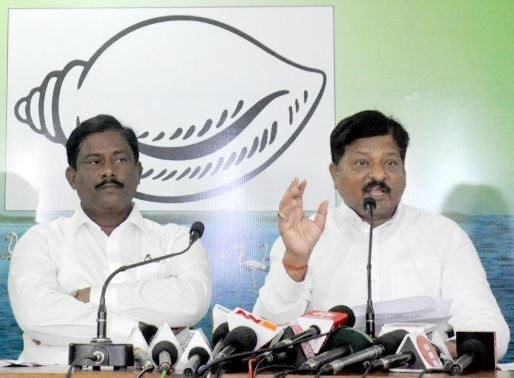 The BJD on alleged that the BJP has once again embarked on a move of making false promises to the people of the State ahead of elections. “The BJP has not fulfilled any of its promises made for Odisha before the 2014 elections. Its ‘Pratishruti Samabesh’ (convention of promises) was just another move to hoodwink people. It was in fact a ‘Pratarana Samabesh’ (said BJD State secretary Sanjay Kumar Dasburma and Biju Krushak Janata Dal secretary general Pratap Jena at a Press conference।.