My foremost concern is for Odisha Naveen 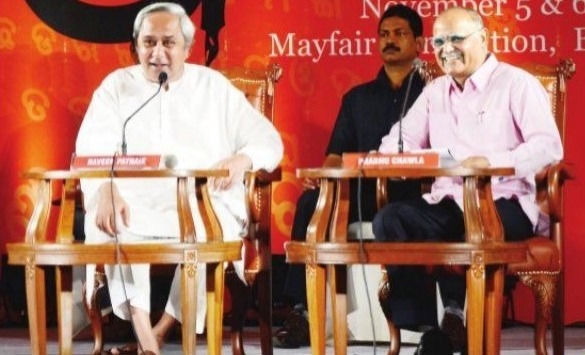 Shri Naveen Patnaik is a man of few words. But when he speaks, everyone takes note. At the valedictory function of Odisha Literary Festival 2016, the Odisha Chief Minister opened Up in a freewheeling interaction with Editorial Director of The New Indian Express Prabhu Chawla. From alliance politics to choice of his official car, Naveen spoke on an array of topics. Here is the full interview.

Prabhu Chawala: A very important member of your party das hinted at possible alliance with Congress. Is it because BJP is emerging stronger and you want to have an anti-BJP alliance.

Naveen Patnaik: The gentleman you have referred to has said he was misquoted. I have also clarified that there is no question of an alliance with Congress. In fact, our (BJD’s) police is to remain equi-distance from BJP and Congress. Just a little more than two years ago elections, out of 147 seats in Assembly, the BJD got116, Congress 16 and BJP 10. Odisha has 21 Lok Sabha seats out of which BJD Won in 20 and BJP in one. There is no sign of those parties gaining in strength in the strength.