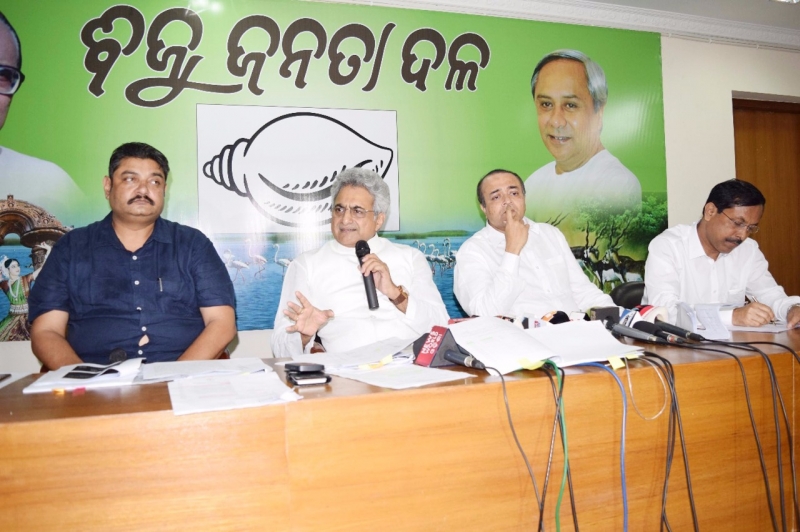 Describing the allegations brought by the BJP on the poll expenditure of Chief Minister  Shri Naveen Patnaik as false, fabricated and malicious, the BJD demanded that the saffron outfit should apologise for launching a campaign to tarnish the image of its supremo.Refuting the BJP’s allegations, BJD MPs Pinaki Mishra and Pratap Deb told mediapersons that the Chief Minister returned back Rs 6,48,320 to the party which has been deliberately twisted to show it was received instead of returned.