Panchayat polls to be held in 5 phases from February 13 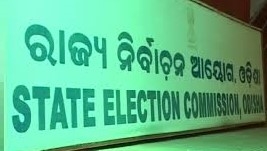 Published : The times of India

The three-tier panchayat polls in the state would be held in five different phases starting from February 13 to February 21. Announcing here at a news conference, State Election Commissioner Rabi Narayan Senapati said elections for 853 zilla parishad zones, 6665 panchayat samiti members, 6801 sarpanchs and 92,029 ward members would be held on February 13/15/17/19 and 21. Total 50 per cent of seats would be reserved for women candidates.Total 2,60,92,507 rural voters would cast their votes to elect their representatives. Instead of electronic voting machines, ballot papers of different colours will be used for the panchayat polls while only one ballot box would be placed at one booth to put the papers.