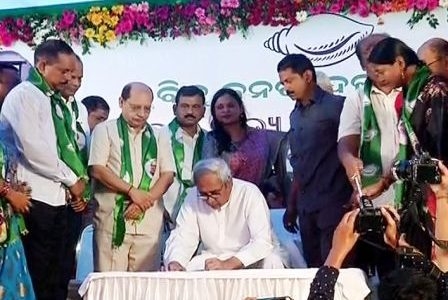 The CM launched the drive after enrolling 24 persons as the primary members of the party and himself enrolling as an active member of the Ekamra Assembly seat at the BJD office here.

He said BJD will again meet the people of the state and seek their blessings to strengthen the party through the membership drive. “I am confident that that the BJD membership drive will be successful with the cooperation of the people,” he added.

The convenor and members of the state membership drive committee, all MLAs of the party’s Bhubaneswar organisational district and party functionaries were present on the occasion.