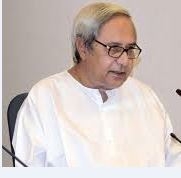 As the BJP suffered setback in the Hindi heartland for the first time after coming to power at the Centre in 2014, and the Congress won majority of seats, Chief Minister and BJD supremo Shri Naveen Patnaik, who reiterated the regional outfit’s stand of maintaining equidistance from the two parties, said the election results in five states reflected the mood of the nation.