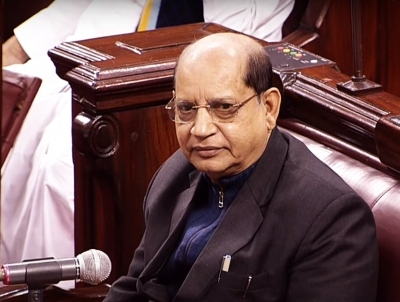 BJD MP Prasanna Acharya on Friday flayed the Centre for not meeting the target of doubling farmers’ income by 2022 as promised.

He was participating in the debate on the Motion of Thanks on the President’s Address in the Rajya Sabha.

The BDD Member also expressed concern over cases of farmer suicides. “Farmers income has not doubled. The government had promised that by 2022, their income will be doubled…” “Can the government say that by now, it has been able to double the income? No, the farmers’ income has not been doubled,” he said.

He also asked why are the farmers dying by suicides every day if their incomes have doubled. Quoting the data of the National Crime Record Bureau, he said that 42,480 farmers and daily wage workers ended their lives in 2019, up six per cent from the previous year.”