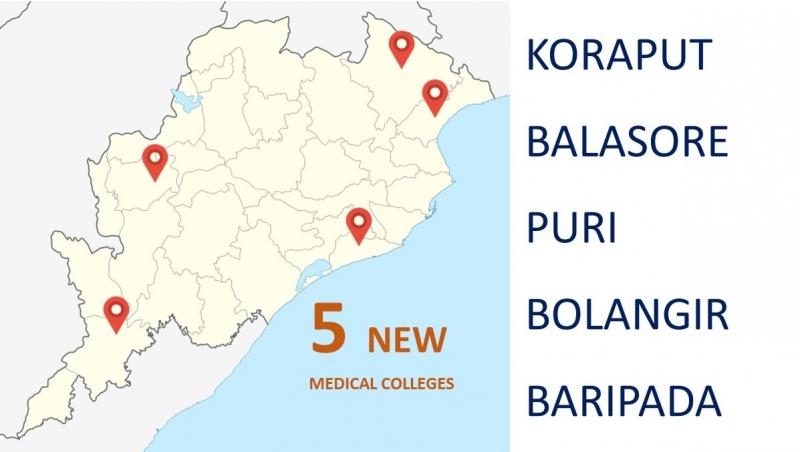 Odisha Government has released grant-in-aid during 2016-17 for establishment of five new medical colleges. The government medical colleges are being established in koraput, Balangir, Balasore, Baripada and Puri. Sources said Rs.10.50 crore including the central share of Rs.6.30 crore has been released for medical colleges attached to district/referrals as per the budget estimate. While the medical colleges have been sanctioned Rs. 2.10 crore each, Director Medical Education and training (DMET) has been asked to draw the amount against the sanction order and disburse the same to the executive engineer by crediting the amount to their respective accounts.