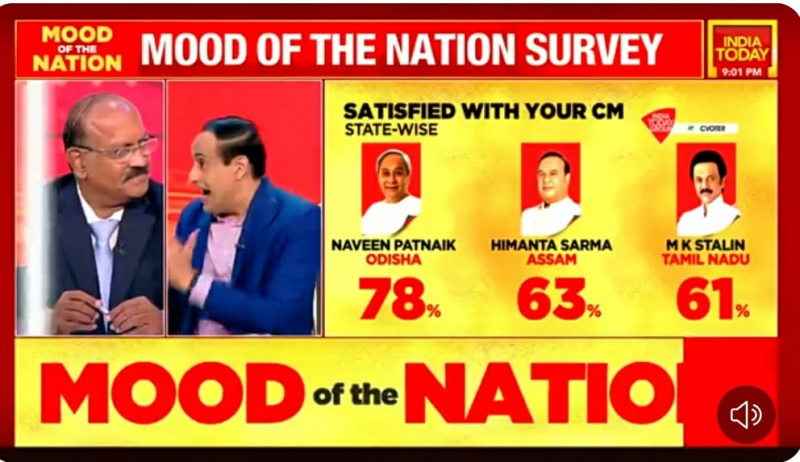 Year after year…decade after decade… and survey after survey…its Naveen Patnaik at the helm as India’s most trusted Chief Minister. The latest recognition to Naveen’s charismatic leadership came from India Today’s Mood of the Nation Polls, wherein he has been adjudged as India’s Most Trusted and popular Chief Minister in his own state. The latest polls which were aired by India Today Thursday evening, place Naveen Patnaik at the top position as the most popular Chief Minister in home state with 78 percent respondents being satisfied with his performance. His Assam counterpart Himant Biswa Sarma stood at the second position with 63 percent and Tamil Nadu Chief Minister M K Stalin took the third position with 61 percent.