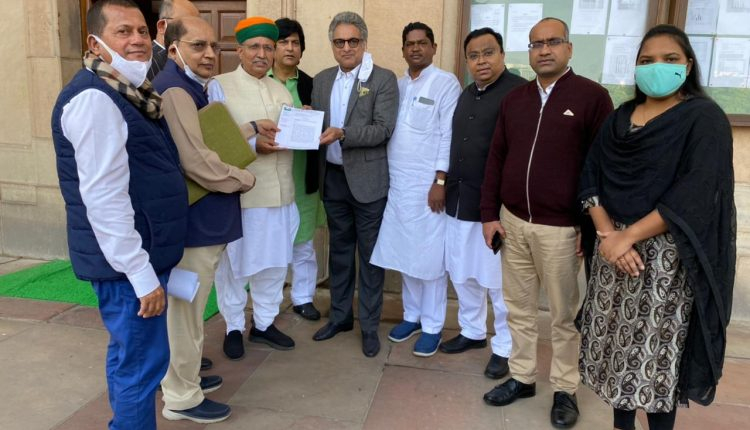 The Biju Janata Dal Parliamentary Party members today submitted a memorandum to the Union Minister of State for Culture Arjun Ram Meghwal demanding declaration of the Paika Bidroha or the Paika Rebellion as the first War of Independence of India.

The Memorandum, signed by all the MPs of the Party, demanded the Union Government to immediately accord the Rebellion as the first rebellion or war of Independence of India. “We strongly demand along with the 4.5 crore people of Odisha, that the Government of India must immediately declare Paika Bidroha as the First War of Independence as has been repeatedly demanded and also conceded by the then Hon’ble Union Minister of Human Resource Development. Until this demand is met, the pride and the glory of Odisha and the 4.5 Crore Odias will not allow us to rest for a moment”, the memorandum read.