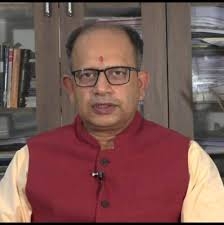 Targeting Chief Electoral Officer (CEO), Odisha’s ruling BJD criticised the decision to conduct polls in four phases in the State. Opposing the move by the Election Commission, BJD’s spokesperson Amar Patnaik alleged that the CEO is influenced by the BJP.  “While the polls will be held in one phase in the States like Andhra Pradesh and Gujarat having more number of seats, the EC has decided to conduct polls in several phases in the States where BJP is weak,” he said