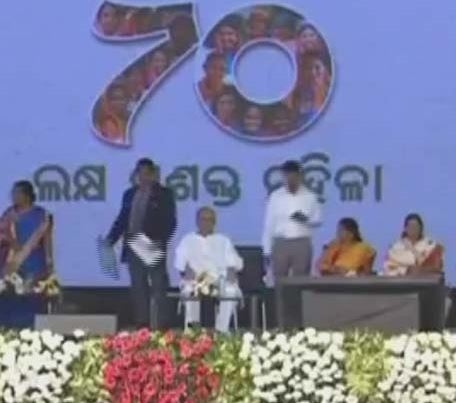 Chief Minister Shri Naveen Patnaik announced to provide loan to women Self Help Groups (SHGs) with zero per cent interest under Mission Shakti programme at a special function. At a State-level convention of Mission Shakti groups at Talabania Sports Complex at Puri, the CM also announced that cheque of Rs 15,000 will be given to three lakh new Women SHGs as seed money. Besides, Patnaik announced to provide financial assistance of Rs 3,000 to each SHG for smartphone. During the Make in Odisha conclave last year, the CM had announced to provide smart phones to six lakhs women SHGs in a bid to empower them digitally and further accelerate their socio-political and economic empowerment.