How Naveen Patnaik government made Odisha a hockey hub 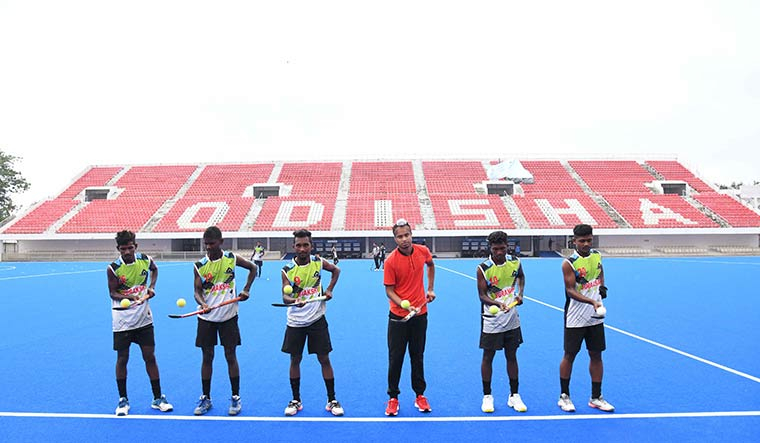 After a four-decade drought, India’s men stepped on to the Olympic hockey podium (bronze) in Tokyo last year; the women finished a hard-fought fourth. A good part of the credit goes to the Odisha government, which has been investing in hockey for some years now. The state had held the 2018 edition of the men’s World Cup, and will again play host next year. It is also building India’s biggest hockey stadium in Rourkela at a cost of Rs200 crore. The arena can hold 20,000 people and, along with the world-class Kalinga stadium, will be the two venues for the World Cup.

“There was a time when we won gold medals (India last won the World Cup in 1975), and then came a time when we failed to even qualify [for the Olympics],” said Dilip Tirkey, former captain and the newly appointed Hockey India president. “We faced many hurdles. The kind of game the fans were looking for was not there. They went away. But the change is visible in the past seven-eight years. We are witnessing fit players and fans are increasing.”

Tirkey is the first Olympian to helm Hockey India, and is also the chief of Odisha’s Hockey Promotion Council. His number one priority now is to make sure everything goes smoothly come World Cup time in January.

It was in 2018 that Naveen Patnaik—a hockey goalie during his days at the Doon School—offered to sponsor the men’s and women’s teams after a cash-strapped Sahara pulled out. The Odisha government inked a Rs120 crore deal with Hockey India. The deal ends in 2023, but Patnaik has signed a 10-year extension.

“People are now calling Odisha the hockey capital,” said Tirkey. “The craze for hockey has returned as the chief minister has supported the sponsorship and organised major events. He focused on three sectors—building infrastructure for all sports, organising world-class championships, and setting up several coaching centres.”

Tirkey was the India captain when he met Patnaik in 2003. “It was the first time I got a chance to sit beside him,” he said. “I suggested that there should be an AstroTurf in Bhubaneswar. He told me to give a written proposal. Within two months, Rs2 crore was sanctioned and the project was completed at Rs24 crore.”

Odisha has had a longstanding relationship with hockey. The mineral-rich Sundargarh district, for instance, is also rich in hockey talent. The two villages of Lulkidihi and Saunamara have produced more national and international players than several states put together. At one point, the captains of both the men’s and women’s teams—Tirkey and Subhadra Pradhan—were from Saunamara.

“That Odisha is hosting the World Cup will particularly help young players in Sundargarh,” said Tirkey. His next target as Hockey India president is to find world-class drag flickers and goalkeepers. “We will set up four or five centres across the country and launch a programme to find these specialists,” he said. “Whoever wins the World Cup has good drag-flickers. India needs more.”

Odisha has hired David John, the former high-performance director of Hockey India, as its director of hockey. It is also set to appoint coaches at the grassroots levels and lay AstroTurf at the block level. “Currently, sports infrastructure projects worth close to Rs2,000 crore are under way,” said an official. “The government more than doubled its sports budget by increasing it by Rs506 crore to Rs911 crore in the annual budget for 2022-23.”

While the northern states of Punjab and Haryana have traditionally nurtured hockey, their eastern counterpart has become a contemporary champion of the sport. “Earlier we used to look at these states as they had facilities and better diet,” said Lucela Ekka, coach of the Odisha junior hockey team. “Now, we have the best [facilities].”