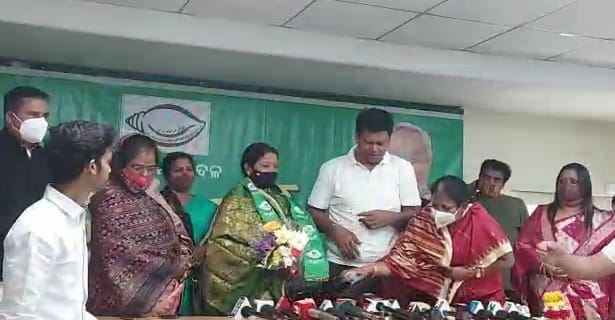 In a jolt to Odisha unit to BJP ahead of the crucial Panchayat elections, Chilika Block Chairman and BJP leader Jharana Barik joined the ruling Biju Janata Dal (BJD) here on Tuesday.

Barik along with her supporters including Samiti members and Zilla Parishad members, took the membership of BJD at an induction programme held at the party office.

Inspired by the transformative initiatives of BJD supremo and Chief Minister Naveen Patnaik, the Chilika Block Chairman and her supporters have shown their interest to join the ruling party.