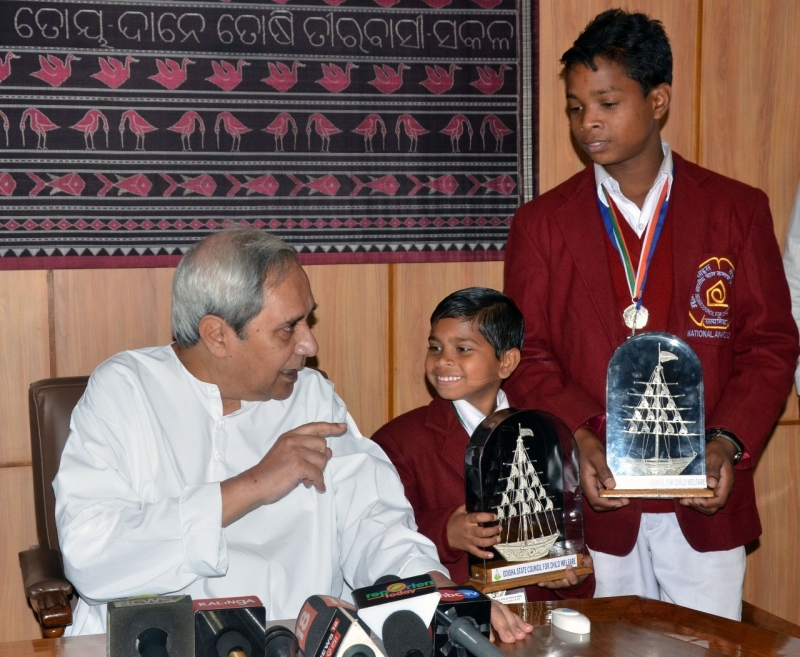 Odisha Chief Minister Shri Naveen Patnaik announced a cash prize of Rs one lakh each for Mamata Dalai and Pankaj Mohanta, the two children from the state who had received the National Bravery Award from Prime Minister Shri Narendra Modi on January 24.The prize will also be given to those receiving the bravery award in the future, the CM announced while meeting and felicitating Mamata and Pankaj at the State Secretariat.