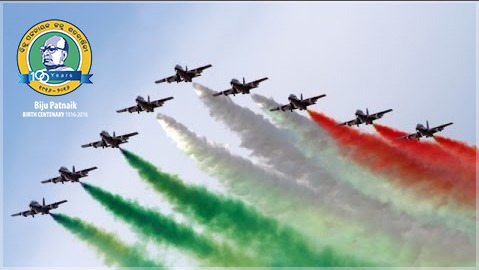 Akash Ganga' paratroopers, 'Sarang' advance light helicopter formations and 'Surya Kiran' formation aerobatics of Indian Air Force (IAF) are all set to display their daredevil peacetime adventure sports over Cuttack skyline on Friday to enthral the people of the state. The IAF air show would be held here on December 23 to commemorate the birth centenary of legendary Biju Patnaik, an accomplished pilot of IAF, who was known for his successful adventurism with the flying machine during the freedom movement and after.