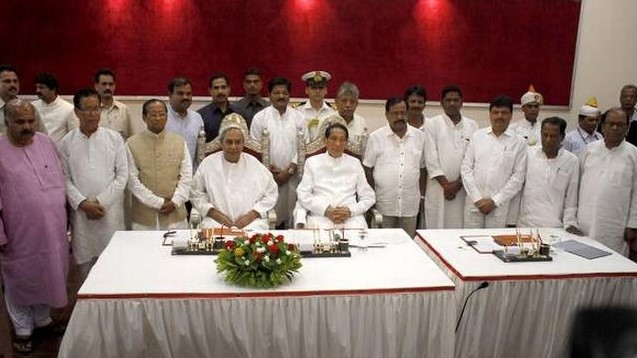 As many as six MLAs took oath as cabinet ministers while four others inducted as minister of state on Sunday as part of the much-hyped reshuffle of the three-year old cabinet in the fourth term of chief minister Shri Naveen Patnaik. Governor Dr. S C Jamir administered the oath of office and secrecy to the new ministers at the Abhishek hall in Raj Bhavan here in presence of the chief minister, his colleagues in the cabinet and other dignitaries.