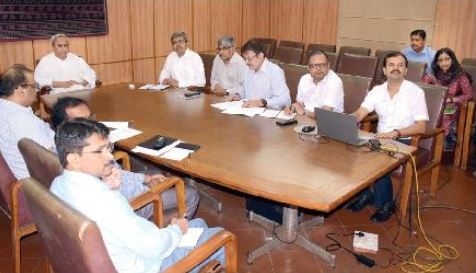 Chief Minister Shri Naveen Patnaik asked the administration to evacuate people from low-lying areas of Keonjhar, Bhadrak and Jajpur districts due to incessant rain in the region. He issued the directive while reviewing the flood-like situation due to a rise in water level of rivers like Baitarani, Brahmani, Subarnarekha, Jalaka and Budhabalang.The chief minister also directed the administration to keep at least 60 multipurpose shelters ready to house the people likely to be evacuated in view of the flood-like situation.  He said the evacuated people should be given cooked food immediately.