Politics is Just a Medium to Serve People: Naveen 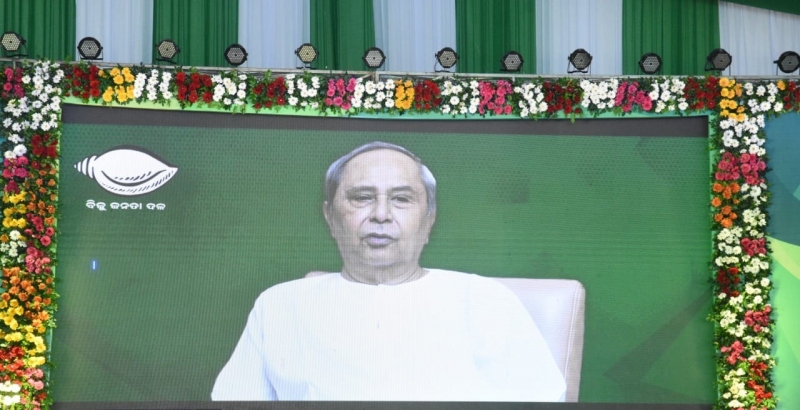 Serving the people is the main thing and politics is just a medium to it. Politics happens during the panchayat and urban elections. After elections, all should work together for the people, said Odisha Chief Minister and BJD supremo Naveen Patnaik.

Addressing the BJD members on the second and concluding day of the preparatory meeting to make the month-long Jan Sampark Pada Yatra of party beginning from October 2 on the occasion of Gandhi Jayanti successful, Naveen said that as a regional party BJD has always given priority to the interest and dignity of the state. The party will continue to do so in the future, he said.

The BJD is always with the people in their sorrow and happiness, he added.

Naveen has urged the party leaders and workers to reach out to the people following this principle and make the Jana Sampark Pada Yatra a grand success across the State.

BJD Organisational Secretary Pranab Prakash Das urged the party workers to apprise people across the state how the state is marching ahead due to the strong leadership and transparent administration.

Leaders from the Party’s youth, student and women wings, all Ministers, MPs MLAs, and state workers from across the State attended the preparatory meeting.