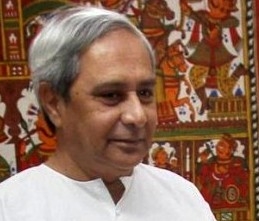 Union home minister Shri Rajnath Singh on Monday called chief minister Shri Naveen Patnak and congratulated him on Odisha police's success in operations against Maoists. On Sunday, the police killed six Maoists in two encounters and seized a huge cache of arms and ammunition. The police on Monday recovered the body of another Maoist from Kandhamal.Shri Sing called Shri Patnaik in the evening and inquired about police action against the Maoists.