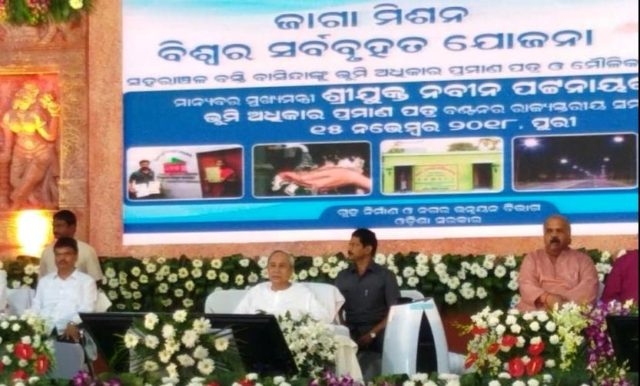 Chief Minister Shri Naveen Patnaik distributed land records to slum dwellers of eight districts under the Jaga Mission at a special programme held in Puri. The CM handed over RoRs to slum dwellers of eight districts, including Puri, Balasore and Kendrapara. Sources said land patta will be provided to to highest 6,500 slums in Puri district. In Kendrapara, 187 slums out of 594 beneficiaries were provided with the land records.