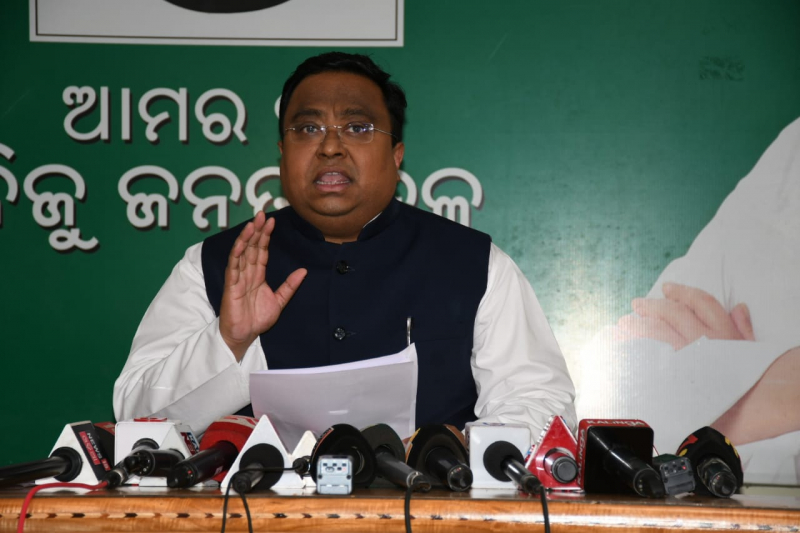 Instead of doing dharna before Odisha Vidhan Sabha, the BJP leaders should be doing a dharna before the Parliament for the betterment of the farmers.

From matters relating to procurement, to lifting of rice, to fixing of MSP and crop insurance is the responsibility of the Centre. It would be good if the BJP does a Dharna before the Parliament to ask their own Government in Centre to forgo their anti-farmer attitude, said senior BJD leader and Rajya Sabha MP Dr. Sasmita Patra.

In a statement, the BJD leader said, “It is laughable that BJP is today saying that they are going to do Dharna for the farmers before the Vidhan Sabha. Instead of doing Dharna before Odisha Vidhan Sabha, they should be doing a Dharna before the Parliament. It seems the BJP has forgotten that its own Party in Government at Centre and is supposed to be farmer-friendly”.

It was the same BJP and their MLAs which unanimously supported the resolution along with all MLAs of BJD and Congress to increase the MSP of paddy to Rs.2930 in Odisha Vidhan Sabha in 2018. They should ask their Govt in Centre by staging Dharna before Parliament to increasing MSP to Rs. 2930, the Rajya Sabha MP said.
“It was the same BJP that had claimed that they would increase the MSP of farmers by 1.5 times of production cost. Did they do that? No”, he said.

“This was the same BJP which said they would implement Swaminathan Commission report. Did they do that? No. Who is the BJP trying to mislead. From scarcity of ferlizers to blocking Fasal Bima for Odisha farmers, the BJP had gained expertise in anti-farmer activities”, he said.