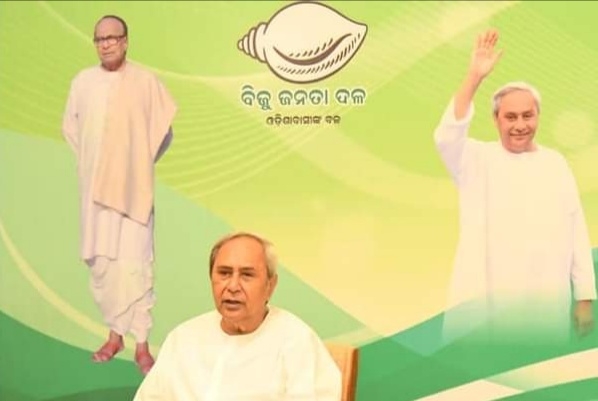 Biju Janata Dal Supremo Naveen Patnaik has sought suggestions from party leaders especially the Council members of the party on how to strengthen the party and reach out to the masses effectively. Presiding the party’s State Council Meeting being held at Bhubaneswar, Naveen has requested all leaders to give their opinion on various issues in writing by today evening. They have to put their suggestions and opinions in a drop box kept at the party office.

Speaking on the occasion, Naveen said “I want one important suggestion of each of the Council Members on Party and Government. I will go through each one of the suggestions, and all the good ones would be implemented.”

Praising the district committees, Naveen said “I was happy to see the district Committee resolution of Mayurbhanj recommending North Odisha University as Shri Ramchandra Bhanja Deo University. Our Government will approve this suggestion.”

He said, “I want district Committees to be proactive and Government and Party will take your suggestions seriously. I would suggest all the Ministers present here that they should interact with district functionaries during visit and act on their constrictive suggestions.”

The State Council Meeting of Biju Janata Dal is expected to adopt about eleven political resolutions that are to be discussed today. The resolutions passed in yesterdays executive body meeting will be discussed and passed by the Party’s state council today.